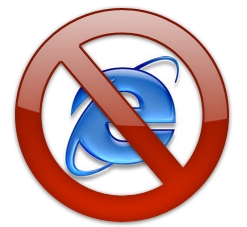 Just a quick heads-up for anyone who purchases AST refurbished computers (ours came from Staples.com). The last few we received were “Revived by AST” and each came with unexpected issues.

The first unit had memory problems. Which is still sitting here waiting (nearly two weeks) for a call-tag to be issued so we can send it back.

On 2 out of 3 so far, Internet Explorer (IE) crashed every time you tried to load most pages. This prompted a memory diagnostics check on the first one which luckily pointed to a more serious issue.

On the second one, we decided to scan memory for faults before getting to far into the initial setup (eg: installing programs). No errors, so we figured this one was probably fine. That is until we tried opening the IE browser. Same issue as the first machine.

Without a glaring memory problem this time, we had to dig further to figure out why IE keeps crashing. So I downloaded Chrome installer to flash drive and installed so I could started searching from the machine in question.

The third one is still sitting here in a box, but we expect the same browser issue. Luckily we know how to fix it ASAP after losing so much time trying to initialize the first two.